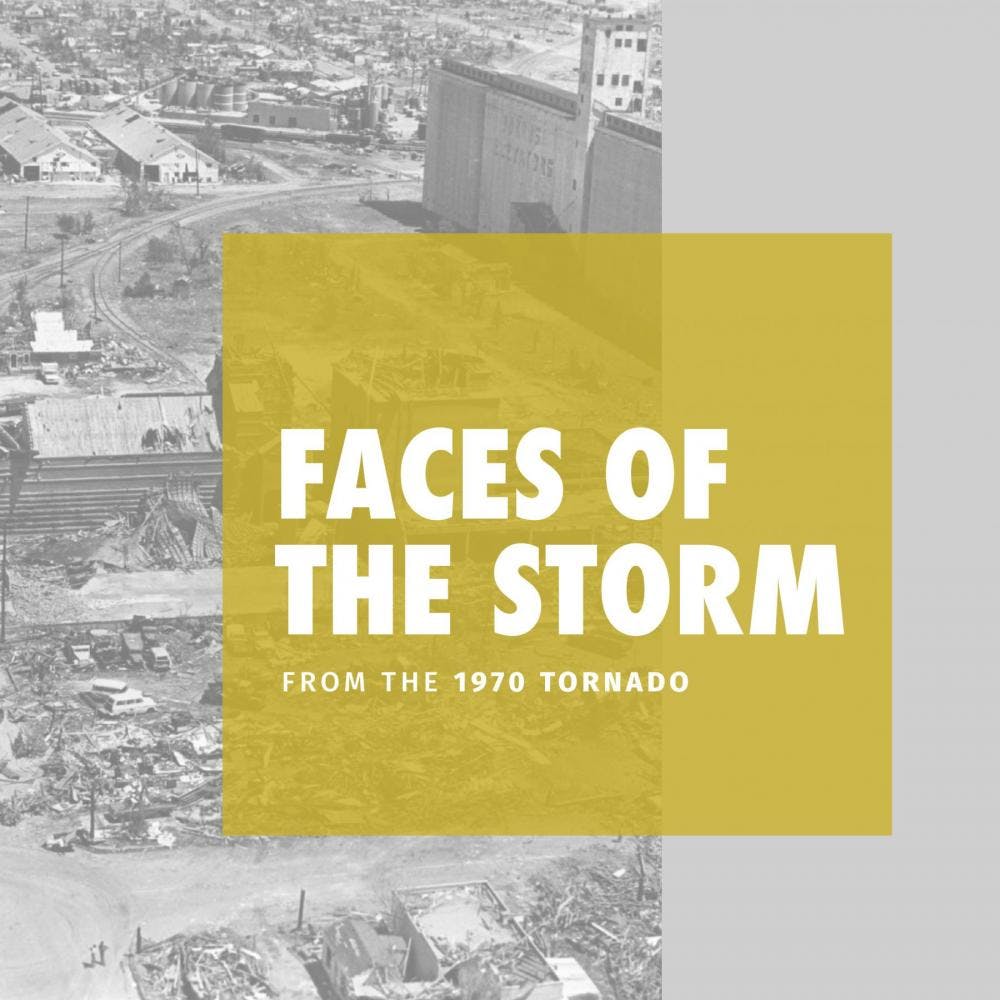 Dr. Monzer Attar moved to the south from Maryland seeking the warm weather.  He came to Lubbock in January of 1968 and joked the first day he was here it was snowing.  Dr. Attar was an accomplished gastroenterologist and joined a practice as a 28-year-old young man and former “Mr. Lebanon.”

Attar had just gotten off from work on May 11, 1970, and was leaving the West Texas Hospital driving on 10th Street when he noticed the sky became very dark.   On Q and 10th, his car was struck through the windshield with flying debris. Dr. Attar recounts, “I turned my head to look over my shoulder—if I’d not done that, I’d be dead.”  The 2 x 4 board hit him in the face, knocking him out and causing severe facial trauma. Ronnie Overby and Ken Brendle were the two Lubbock police officers who found him, still gripping the steering wheel.  They asked him to get out of the car and took him in their patrol car to the Emergency Room of Covenant Hospital (Methodist Hospital at the time). Dr. Attar was in a coma for three days and in the hospital for a week.  Dr. Evans was the neurosurgeon who removed the debris from his head and brain. Dr. Koch was a plastic surgeon in Lubbock at the time and did the initial surgery to rebuild his face. Dr. Koch told him that he needed a  specialized plastic surgeon and Dr. Attar eventually found a surgeon in Florida who reconstructed faces for veterans. Dr. D. Ralph Millard was to conduct 15 surgeries on his face in Florida over the next three years. Dr. Attar continued his work as a gastroenterologist in Lubbock and would go every three months for another surgery.   His vision was also severely impacted by the accident. He has special glasses with prisms built in to clear his double vision.

Dr. Attar exercised throughout the ordeal and continues to lift weights, swim and run today at 84.  He knows the importance of good nutrition and good food and says he worries about nothing. He lives each day to its fullest, loving life and leaving a beautiful legacy of service to his patients.  “Yesterday is gone,” is one of his favorite sayings.

Dr. Attar is a living, breathing miracle, a story of hope and resilience resulting from this traumatic storm.