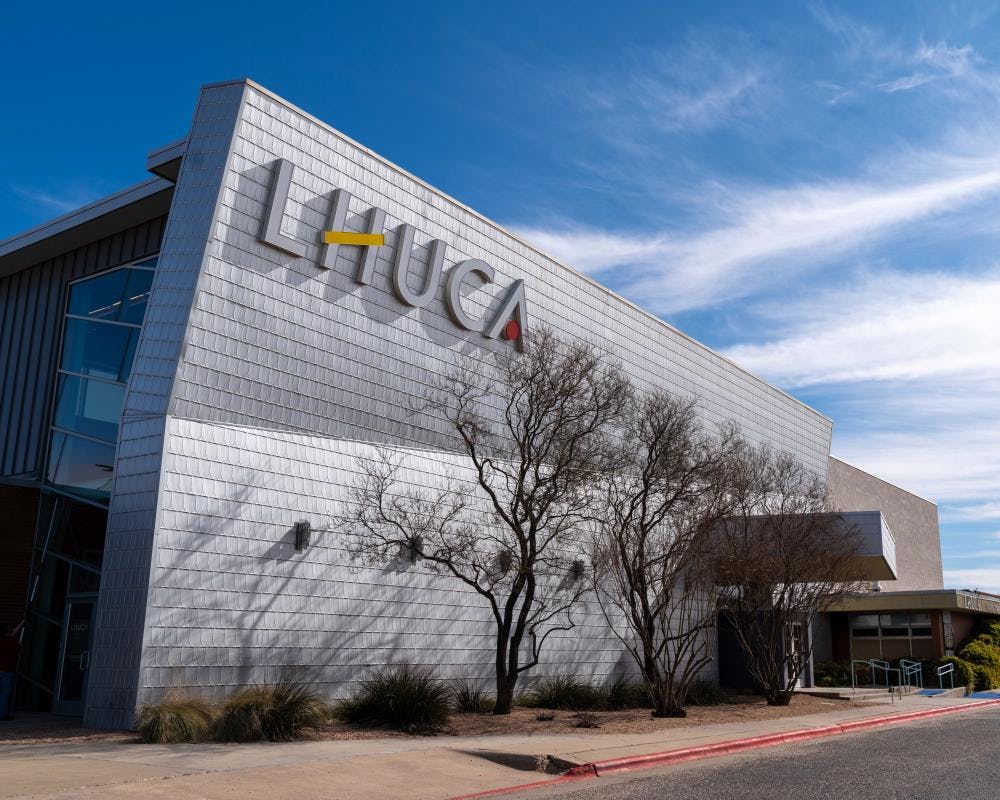 LHUCA – The Ones Who Started It All

What began as the Lubbock Regional Arts Center in 1997 is now the cultural epicenter for all things art and entertainment in the Hub City – the Louise Hopkins Underwood Center for the Arts. After receiving the building at 511 Avenue K from the City of Lubbock, the LRAC began their initiative to create an arts and entertainment district in Downtown Lubbock. The program and building were eventually renamed in honor of one of the original co-founders, but their efforts have always stayed the same.

The founders of LHUCA wanted to inspire a younger generation to express their creativity in new ways and use the arts as a way to stimulate the ongoing economic development happening in Downtown Lubbock. It’s because of the Lubbock Cultural District that so many people make their way downtown every month to see what new exhibits are on display, what new restaurants have opened, and what new businesses have decided to call Downtown Lubbock home.

You might assume the First Friday Art Trail is the only program LHUCA has to offer. And while it’s because of LHUCA that over 3,000 people a month come to the Lubbock Cultural District, it’s responsible for so much more. Through partnerships with Texas Tech University, local nonprofits, and school districts, over 55,000 people benefit from the programs and services offered at LHUCA every year.

LHUCA offers classes, camps, and programs for people all over the South Plains to learn new skills and share the talents they already have. With gallery space, stages, dance halls, theaters, film festivals, and studios, it's equipped to present any art the people of Lubbock can imagine.

If you haven’t been by LHUCA or have never come to any of the exhibits it displays, there are plenty of opportunities throughout the year. Find classes or presentations that interest you at http://lhuca.org.