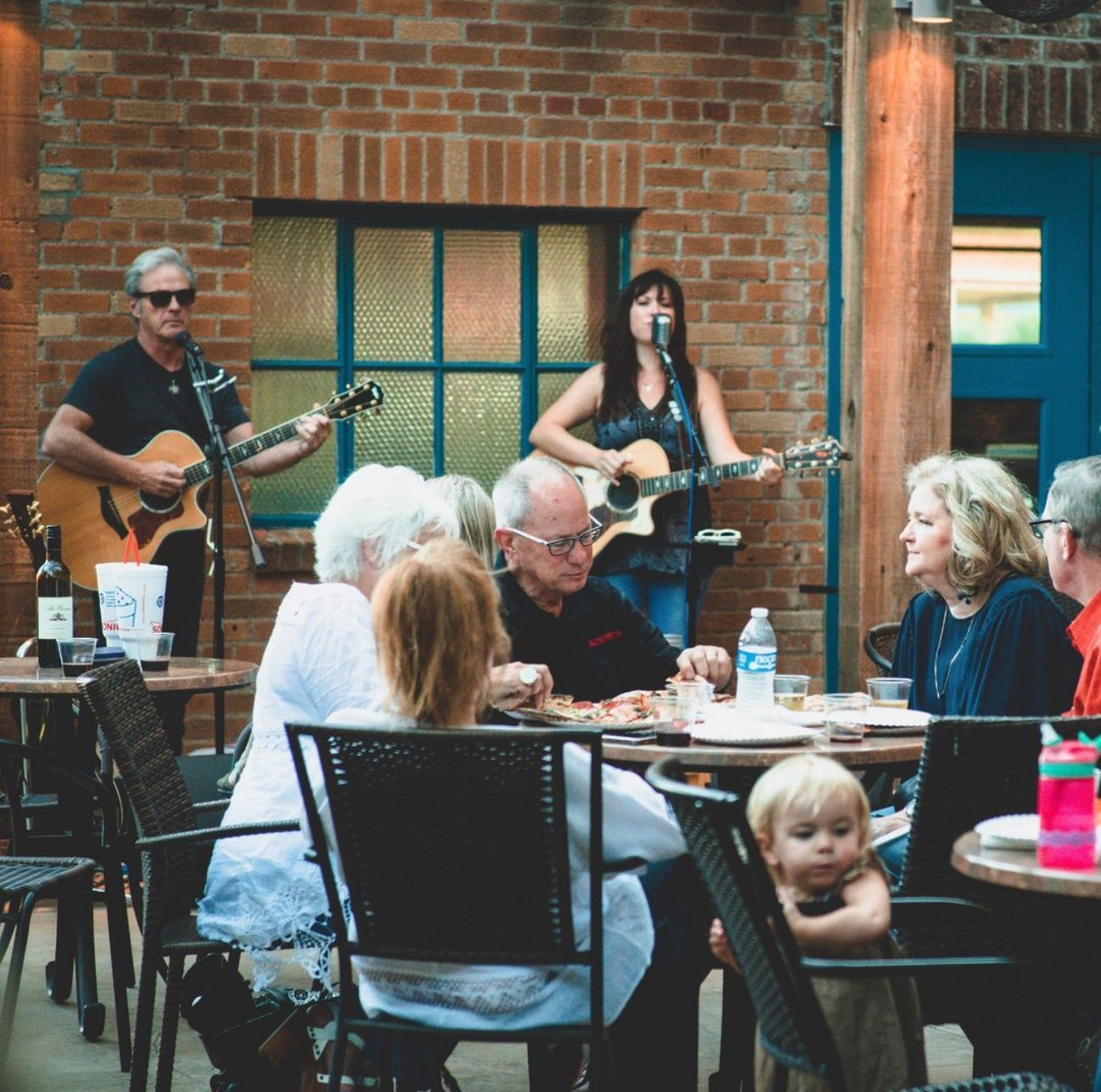 Story Behind the Song: Meet Some of Your Local DLBK Musicians

West Texas is known for its music scene, and Downtown Lubbock is no exception! Whether you’re hitting Depot District for a night out or enjoying dinner at one of downtown's finest restaurants or wineries, chances are you’ll enjoy a live performance from some local talent. From Texas country to classic rock, there are artists of every genre that are sure to wow you.

Genre: Little bit of everything

If your taste in music falls somewhere between folk, electronic washes, lonely cowboy songs, psychedelic rock, dirt roads and big drum beats then Spivey is your guy! This one-man show will never be pinned to just one genre. His music takes you places to make you feel something.

Follow SPiVEY to see where he’s playing next! @SpiveyMusic

Tyler Hardy, the local artist behind Above the Empire shares a wide variety of solo fingerstyle guitar arrangements and compositions, including pop, blues, country, Tejano, jazz, and easy.

See where Tyler is playing next! @AboveTheEmpiretx

Lubbock singer/songwriter Grant Gilbert is ‘country music without the twang.’ His musical journey started in high school when his brother booked his first gig and he’s gone on to play alongside local legend Josh Abbott and some of the best in Texas country.

Follow Grant to see where he’s playing next! @GrantGilbertMusic

Madelyn Mandry is an up-and-coming indie-pop singer/songwriter who shares her captivating voice at some of our favorite local spots. Her relatable lyrics and energy leave everyone who walks away from her show feeling like a new friend.

See where Madelyn is playing next! @MadelynMandryMusic

Slade Coulter is a hot new singer/songwriter from Lubbock that is rising in the country music scene. He’s a versatile singer with two new singles, “Hey Mary” and “Coming Back Around.”

See where Slade is playing next! @SladeCoulterMusic

Genre: Little bit of everything

Jacob Nalle is a Lubbock-based musician who specializes in rock, funk, country, soul, and Jazz. He performs as a guitarist and singer and composes and produces music of all types.

See where Jacob is playing next! @JacobNalleMusic

Looking for your new favorite pop/alternative/indie rock group? Look no further than Fellow American from right here in Lubbock, TX. This group is made up of Aaron Parrish, Clint Scott, Grady Benton, Elliott Metherd, and Kyle Cotton.

See where they’re playing next! @FellowAmerican