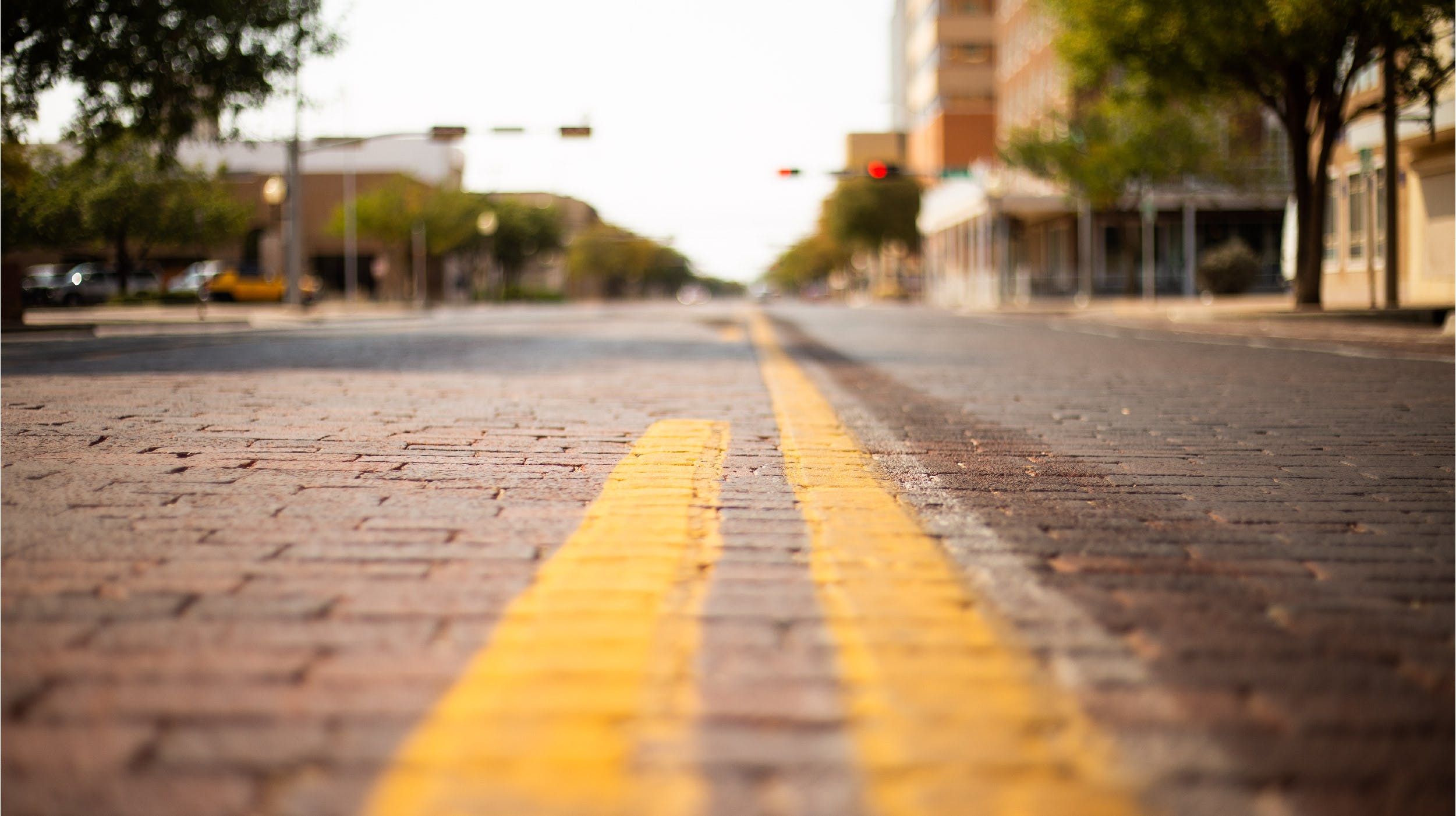 The Rick History of Downtown LBK

Lubbock was founded in 1890–meaning we have over a century of history to share with both natives and visitors.

It can be easy to drive through Downtown and take in sights we see everyday and forget the stories behind them… but we believe they deserve to be heard.

History forms and frames the environment in which it takes place. These places and their memories are just a few stories that deserve a chapter in our history book.

This is Downtown Lubbock.

What better place to start than the very foundation of Downtown Lubbock?

When you think of Downtown, the red brick roads come to mind. Although chipped and bumpy, it is the very core of historic Lubbock’s character. 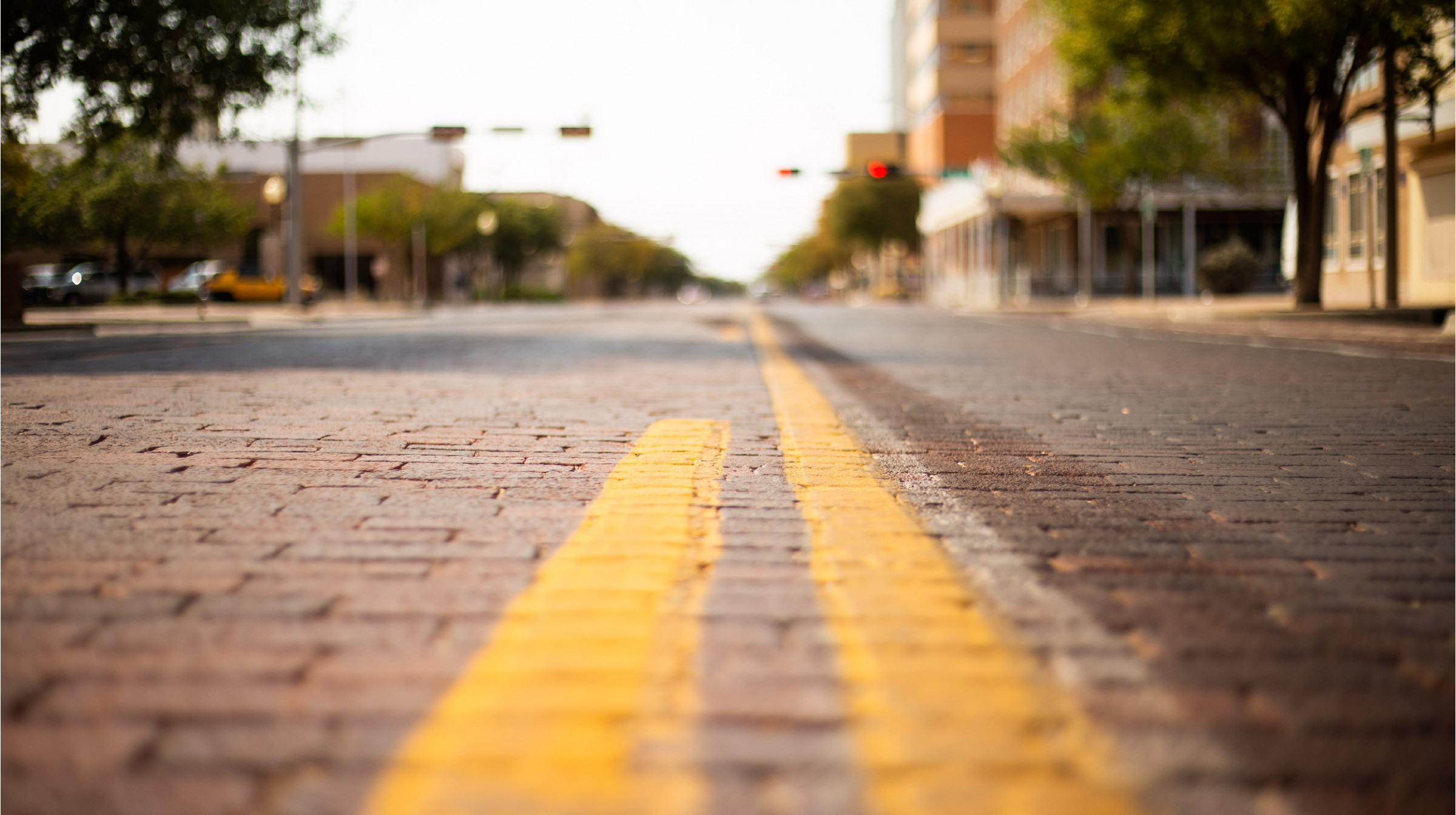 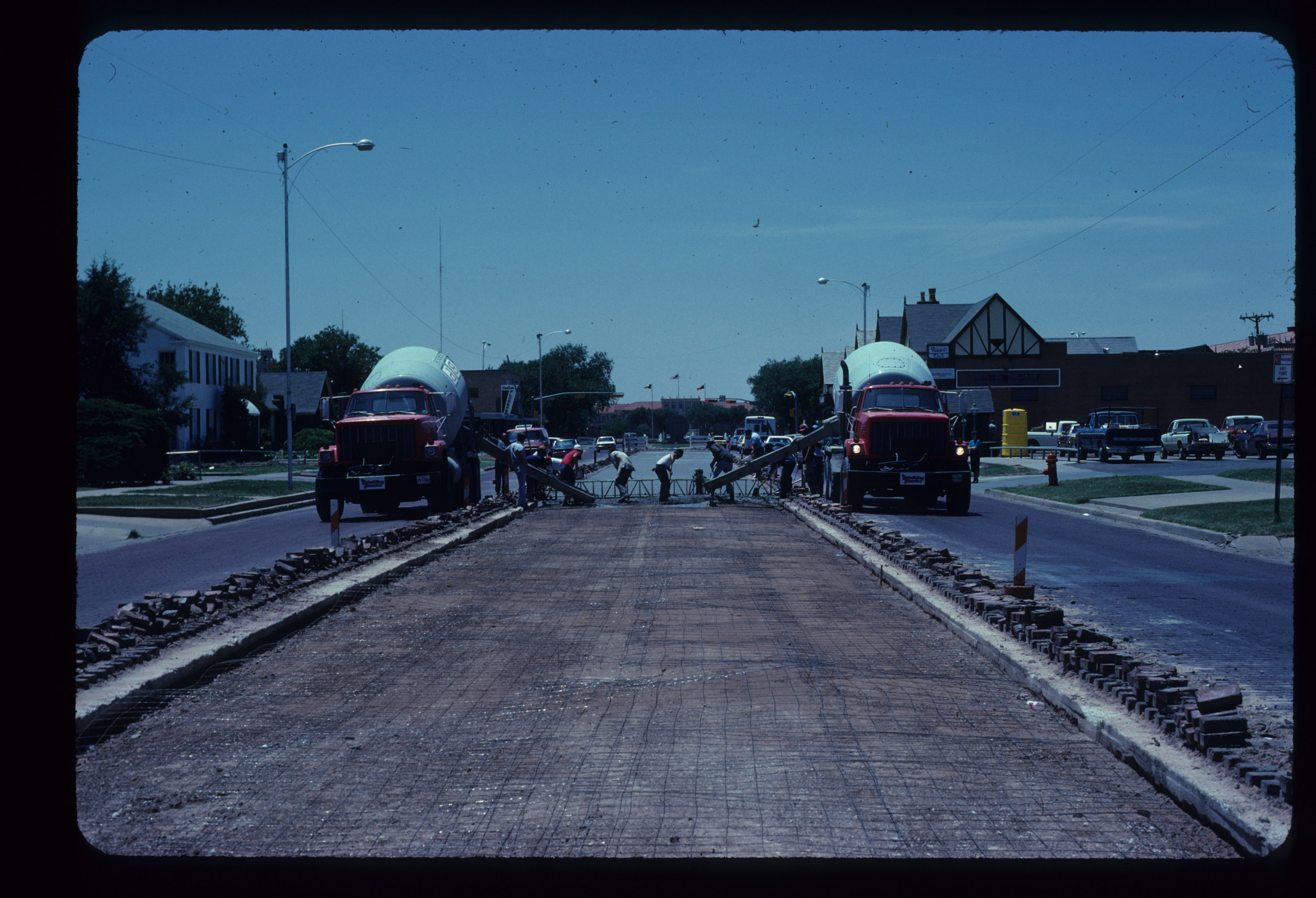 Only about 30 years older than the city itself, the bricks were laid in the 1920s… a part of a federal program to provide people with jobs during the Great Depression.

A beautiful symbol of Downtown’s history–the groundwork of culture and community for decades to come.

The history of the beloved Cactus Theater is a long and interesting one.

The Cactus first opened its doors to the Lubbock community almost a century ago in 1938 as the city’s first suburban neighborhood movie theater. 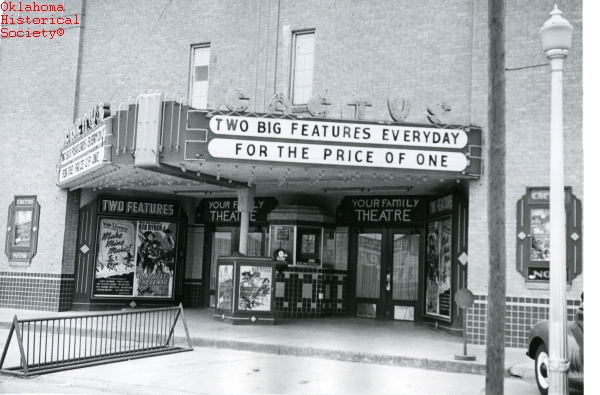 It had a successful 20-year run, but after 16 other movie theaters and six drive-in theaters came to town, the Cactus was forced to close its doors on May 6, 1958.

After being left lonely and deserted for more than 30 years, a well-known Lubbock figure in the entertainment world, Don Caldwell, and a group of investors refurbished the Cactus. The group built it into a live performance and movie theater, hoping to further develop Downtown Lubbock’s Depot District.

The Cactus, now donning 400 brand new seats and state-of-the-art lighting and sound systems, still features original pieces from the first movie theater it once was. You can still find the first ever balcony, slope, and stage built all those years ago. 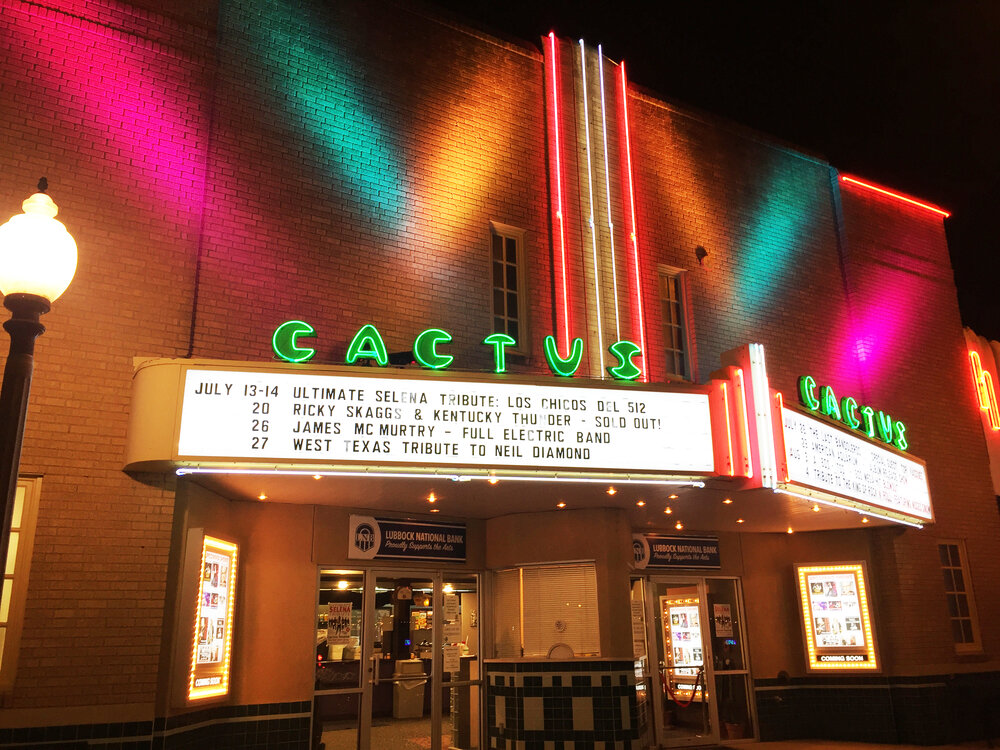 Once again a main attraction of Downtown, the Cactus’ stage has been graced by a number of famous musicians including Joe Ely, B.J. Thomas, Gary Morris, Jerry Jeff Walker, and the Maines Brothers Band.

The theater also attracted live theatrical plays such as Fiddler on the Roof, Jesus Christ Superstar, Buddy - The Buddy Holly Story, and Oklahoma!.

Much of Downtown Lubbock’s culture is music and live performance… and the Cactus is the heart of it all.

Buddy Holly is called the “native son” of Lubbock and Downtown wants you to know it.

Charles Hardin Holley, better known as Buddy Holly, was an American singer and songwriter born right here in Lubbock, Texas. Known as a pioneering figure of mid-1950s rock and roll, Holly and his band “The Crickets” toured the world and released a number of hits such as “That’ll Be The Day,” “I’m Looking for Someone to Love,” and “Peggy Sue.” 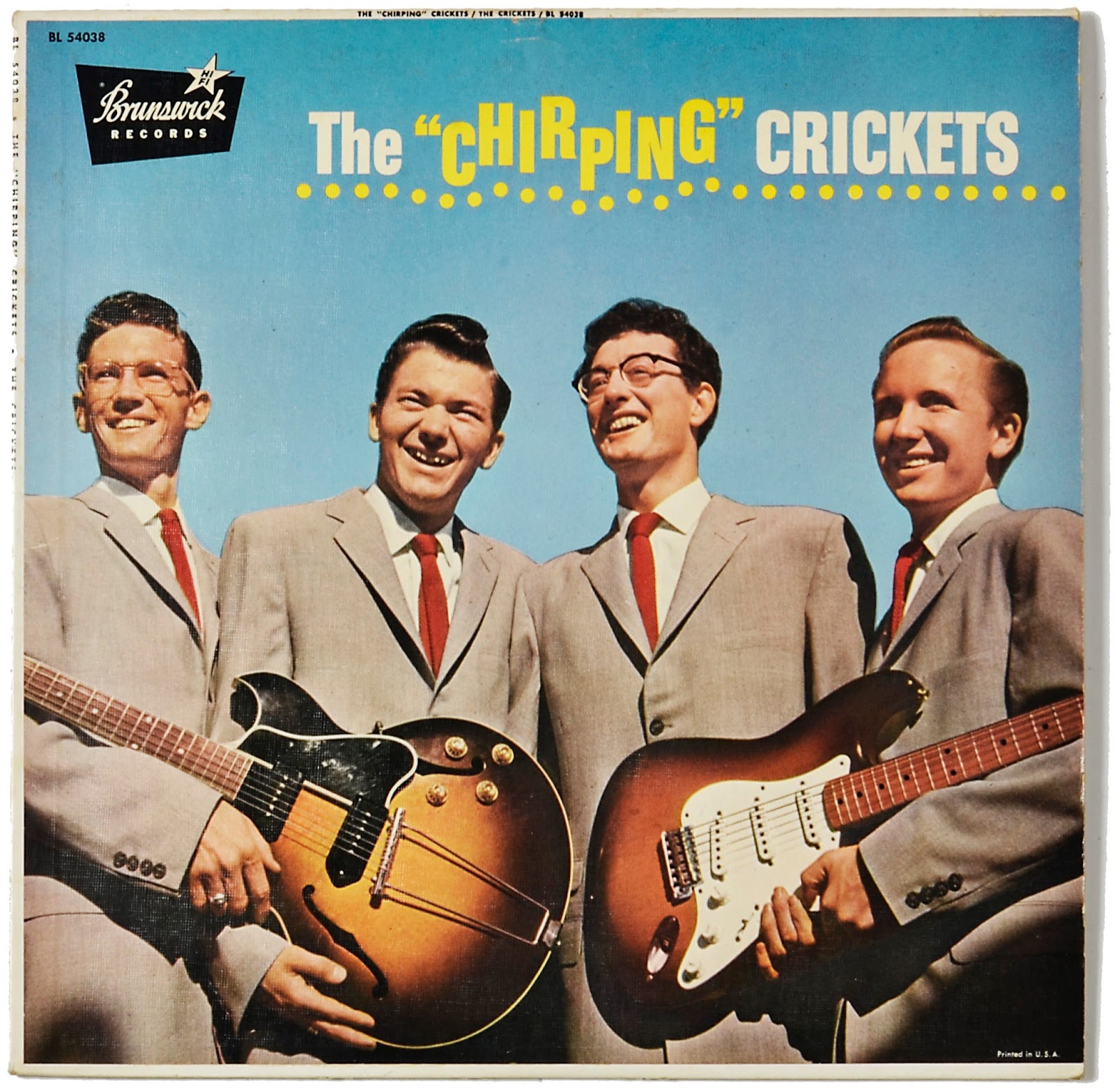 As many famous musicians are, Buddy Holly was taken from us much too soon. On February 3, 1959, at the age of 22, Holly was killed in a plane crash just outside of Clear Lake, Iowa.

Those in the music industry, as well his fans, affectionately refer to that date as “the day the music died.”

And although Holly himself never made music again, his legacy will never be forgotten.

At 19th St. and Crickets Ave., an avenue named after his bandmates, you’ll find the Buddy Holly Center.

The center preserves artifacts, encourages interactions, and celebrates not only Buddy Holly, but the many other performing artists and musicians of West Texas. The goal of the historical site is to promote Holly’s legacy, while educating and entertaining the public on contemporary visual arts and music.

Buddy Holly himself keeps an eye over the center. 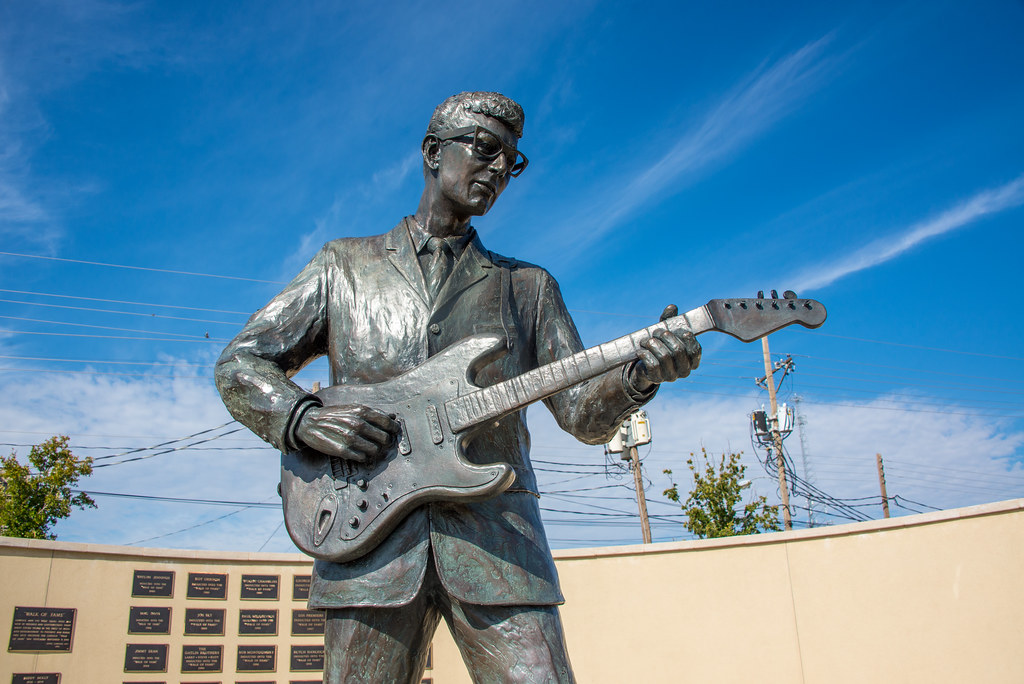 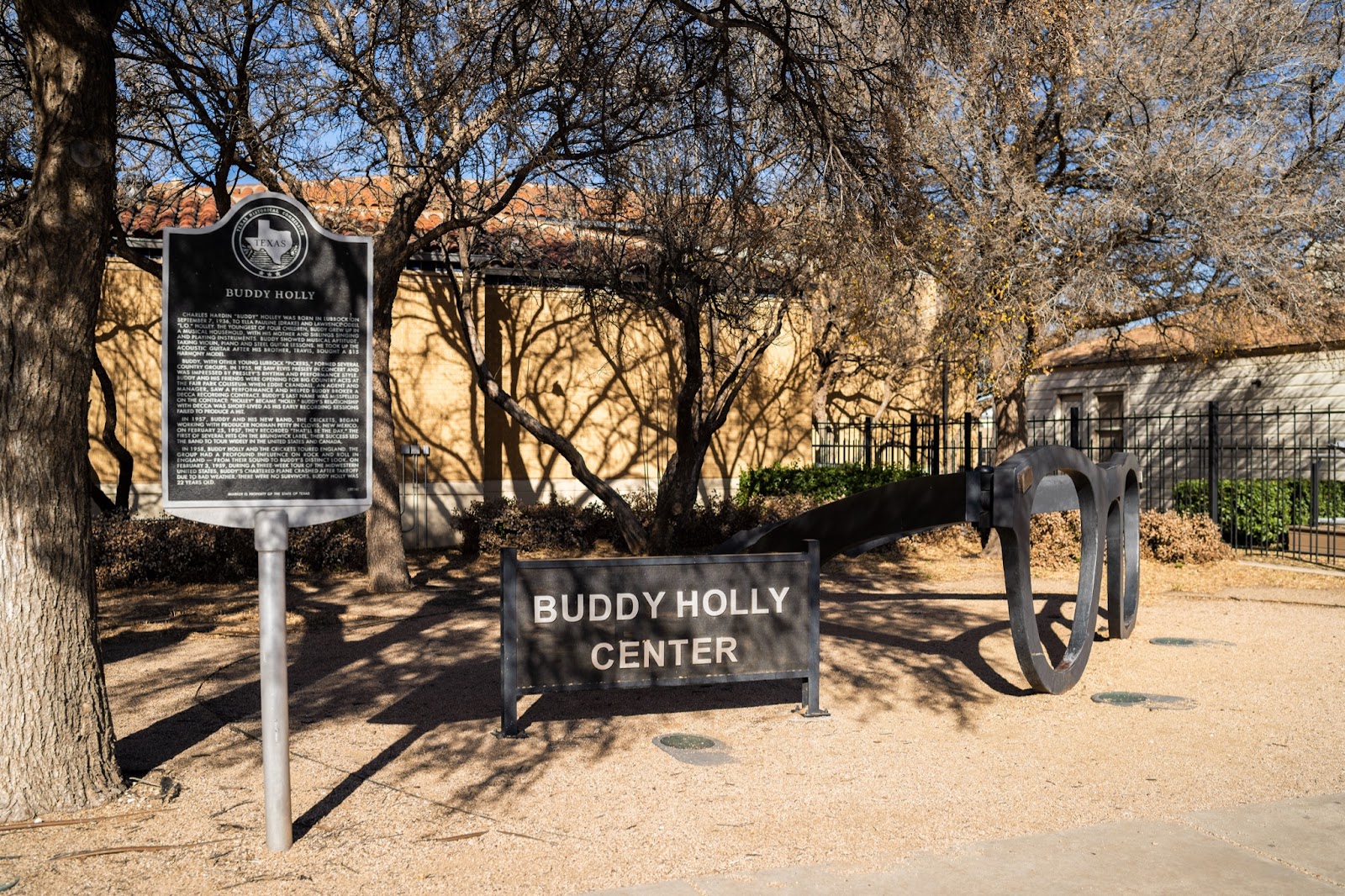 Right outside, you’ll find a 8 and a half foot tall bronze statue of the rock and roll legend playing his Fender Stratocaster guitar, circled by a Walk of Fame honoring other West Texas musicians such as Waylon Jennings and Mac Davis.

The sculpture was created by Grant Speed in 1980.

Downtown, the Native Son of Lubbock lives on forever.

The Tornado Memorial in Downtown LBK is a fairly new fixture to the area… that commemorates a decades-old tragedy.

On May 11, 1970, an extremely powerful F5 tornado ravaged the city of Lubbock. In addition to the $200 million of damage left in its wake, the twister also took the lives of 26 people ages 9 months-88 years. 255 people were injured and 1,500 suffered minor injuries. 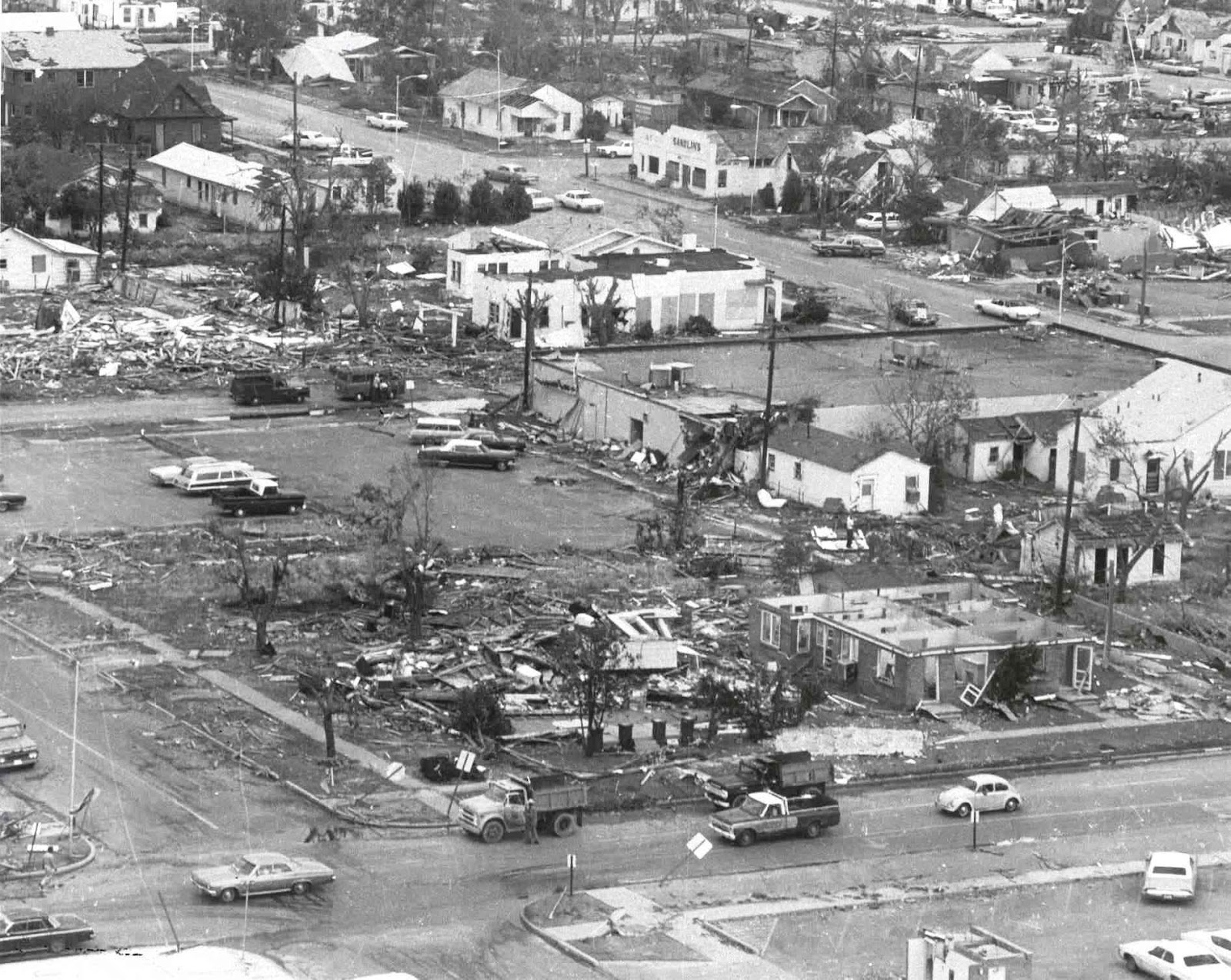 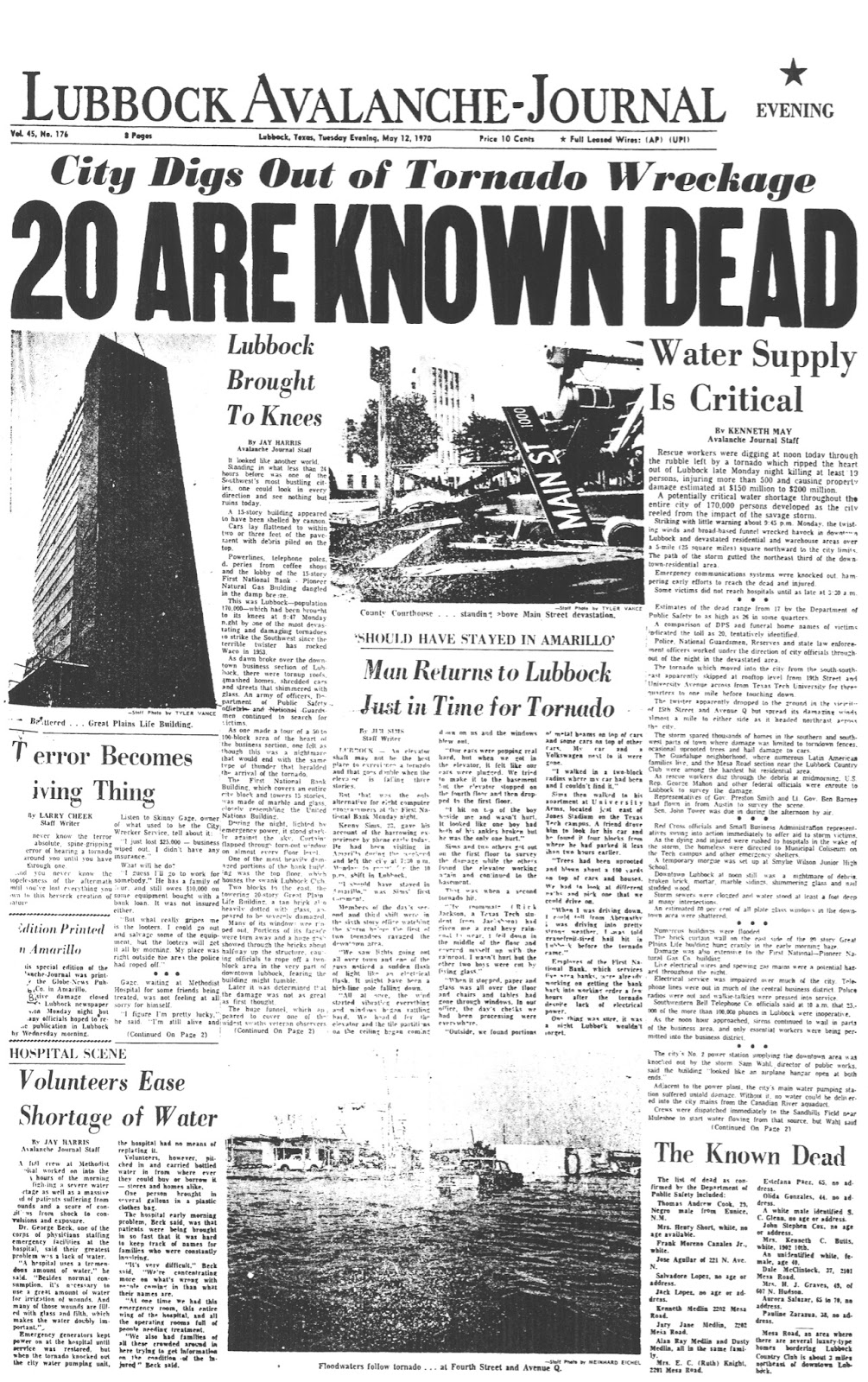 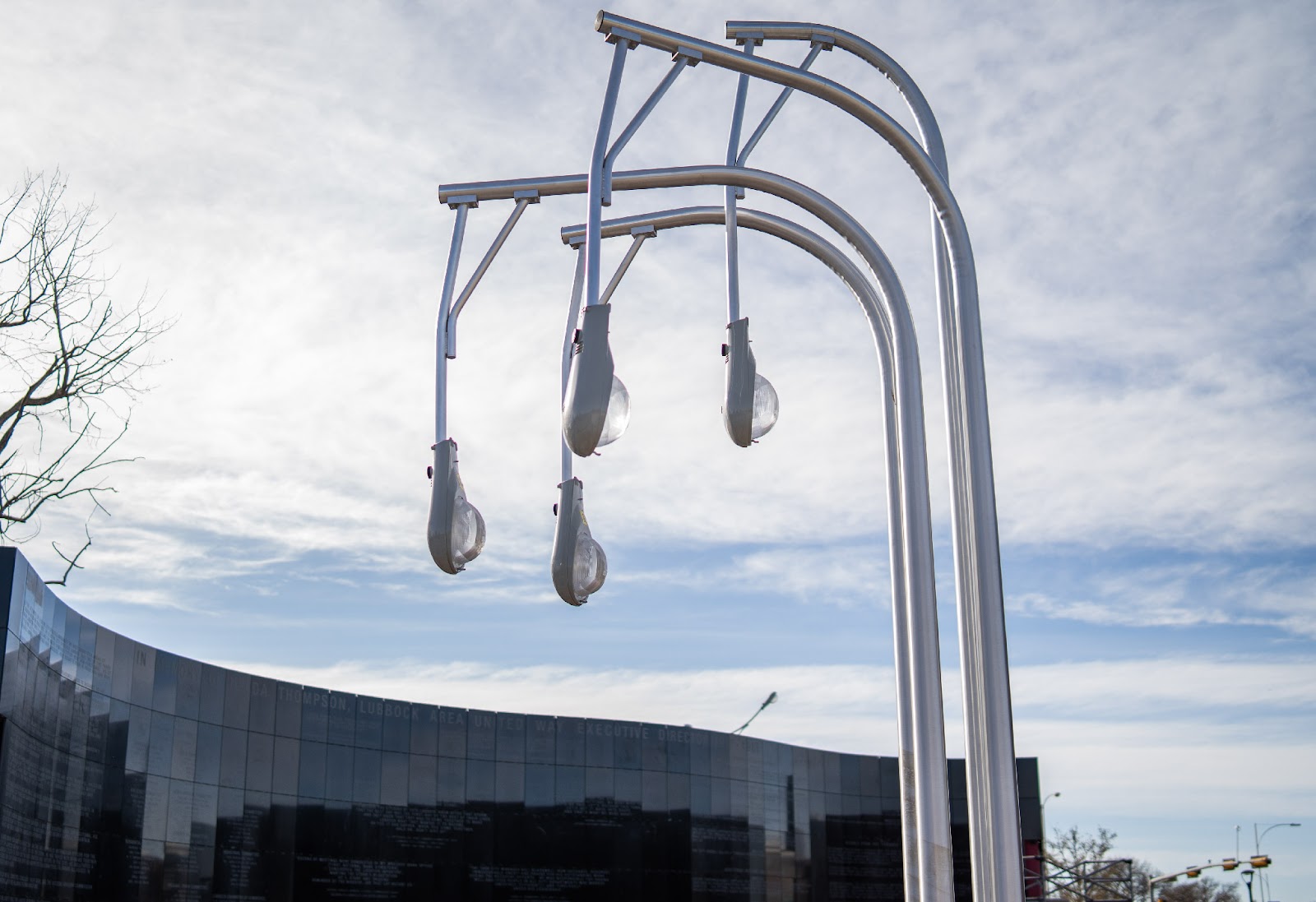 W. Hershel Sharp, Chief of the Lubbock Fire Department at the time, described how “time stood still” as the tornado destroyed the city he knew and loved.

In true Texas fashion, towns and cities across the state immediately moved in to provide aid. Blankets, food, and supplies arrived in abundance. Hundreds of cases of bottled water were donated all the way from San Antonio.

Jim Granberry, the current mayor of Lubbock, and city leaders moved swiftly and efficiently to construct and enact a disaster relief plan.

With the help of its residents and neighbors, Lubbock was slowly rebuilt–but those who call it home never forgot.

On May 11, 2020–the 50th anniversary of the 1970 tornado–the downtown Tornado Memorial was completed and unveiled to the public.

It stands tall in Downtown Lubbock to memorialize the victims, as well as serve as a gateway into the newly revived Downtown cultural arts district.

There are two very intentional pillars of the Downtown vision. One is building a better tomorrow–which we strive to do every day.

But first and foremost–we want to preserve the past. Our history makes us who we are.

Let us remember and honor it, so we can only continue to grow our Downtown culture and community for the good of our city.