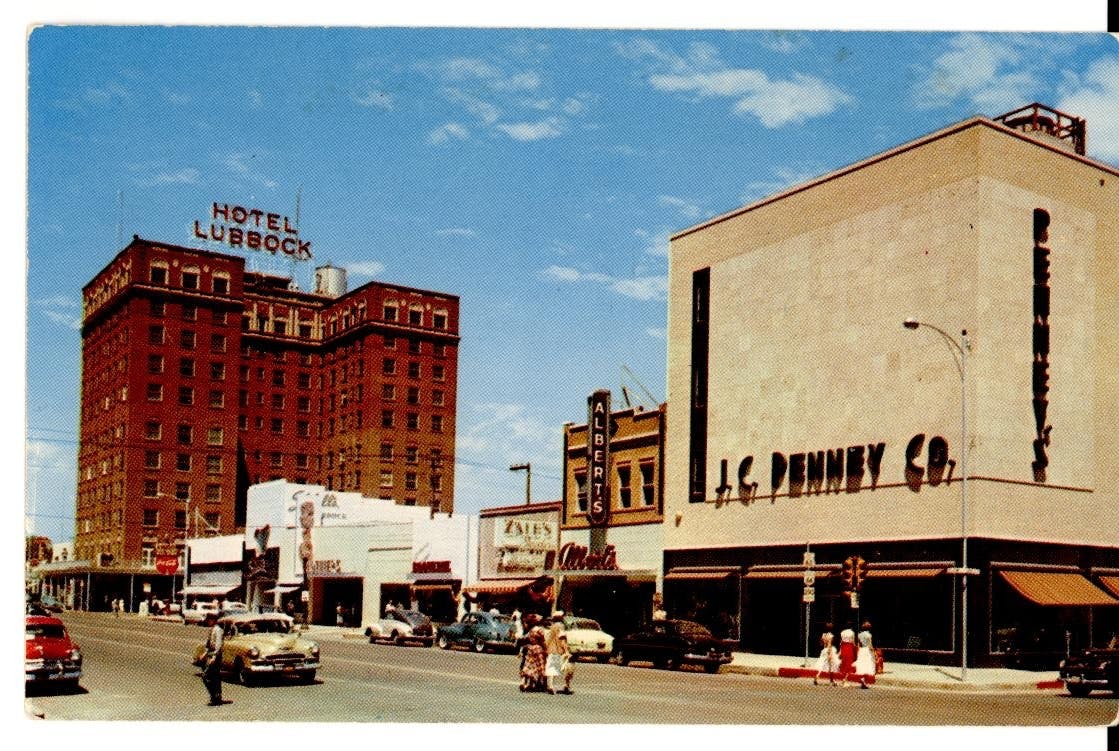 Then and Now: The Revitalization Efforts of Downtown Lubbock’s Historic Buildings

Paying homage to the history of generations past while breathing new life into downtown’s historic architecture is no easy feat.

But if you’ve ever found yourself curious if the promise to our city to reawaken and revitalize the heart of downtown holds true, here’s a look at a few of downtown Lubbock’s historic architecture, then and now.

In 1906 there were only three pioneer banks that served the Lubbock community. One of those institutions was Citizens National Bank. In 1965, CNB moved from the corner of Broadway and Texas Avenue to an 11-story building that stood at the intersection of 14th Street and Avenue K. From its new location, Citizens National Bank served the Lubbock community until it was acquired by the city in 2014 after sitting vacant for a number of years.

Nearly seven years have come and gone since the city of Lubbock acquired the historic building, and within that timeframe, a completely functional and aesthetic facelift has taken place. Now, the downtown highrise is named Citizens Tower and is home to Lubbock’s new city hall and more than 450 city employees.

Completed in 1955 and standing 274 feet tall, the 20-story Metro Tower is the tallest building in Lubbock. Having withstood the 1970 Lubbock tornado, one of the most gut-wrenching natural disasters to ever see West Texas, the Metro Tower has been undergoing major renovations since 2019 to transform it into an 89-unit sanctuary to downtown Lubbock businesses and residents.

With current plans dictating a year-end completion date, expect to see the new Metro Tower Lofts, which was formally listed on the National Register of Historic Places in 2021, to help write a new chapter on the story of our beloved Lubbock.

Built in 1926, the Pioneer Hotel (as it was formerly known) was one of Lubbock’s first premier hotels standing a glorious 11-stories tall. Sitting in downtown Lubbock just five minutes from the historic Carlock Building is the renovated contactless, boutique hotel that we now know as the Pioneer Pocket Hotel.

Not to be outdone by other rising star hotels in the Hub City, the Pioneer Pocket hotel boasts architectural elements that only serve to emphasize Lubbock’s rich history. For example, the hotel is one of four businesses to call the building home.

The bottom floor houses two restaurant concepts – The West Table and The Brewery LBK - guaranteed to leave you with a bonafide taste of West Texas. The third floor has been reimagined into the Pioneer Pocket Hotel’s eight suites and two rooms varying in sizes between 320 – 830+ square feet. The remaining upper floors have been transformed into unique, downtown condos ranging in availability between one and three-bedroom units.

Momma always said a watched pot never boils. And the same can go for the major renovations and revitalization efforts happening to any city, nevertheless one of Lubbock’s size, stature, and historic importance.

However, even though the revitalization of downtown Lubbock might not be complete quite yet, we’re loving the changes that have been made to our historic hometown so far.