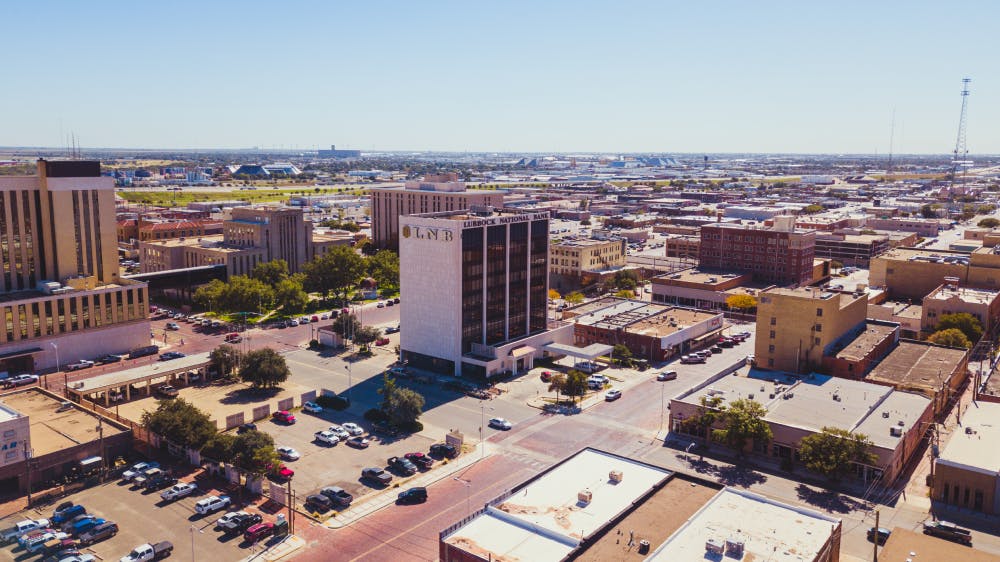 What’s Next for Downtown Lubbock?

As you may have heard, a team of consultants, Overland Partners, was hired in 2019 to create a new revitalization plan for the Downtown Lubbock area. These consultants have worked tirelessly on this effort and recently shared the master plan with the City Council.

You may not have had time to attend this meeting or read through the master plan on the city’s website, so we wanted to share some of the proposed changes that you may see in Downtown Lubbock in the future.

While the brick roads are an iconic piece of Downtown’s history, the repair and upkeep are costly. The proposed plan is to create hybrid streets of the already existing brick roads. This would allow us to keep the aesthetic of the brick roads while introducing the convenience of asphalt in the driving lanes.

If you’ve driven Downtown, you know there are plenty of streets interwoven through Downtown that are one-way streets. The master plan proposes that all one-way streets will turn into two-way streets. Part of the push for this initiative is that it would be a relatively inexpensive change and one that would help with the confusion of driving Downtown.

Part of the measure of how large a city is, according to the federal government, is how many people spend the night in the Downtown area on a daily basis. To help increase this number in Lubbock, there’s a new focus on housing. Along with the graduate student housing project that’s already in the works, there’s also the suggestion that the NTS building is modified and made into additional housing.

In an effort to continue using Broadway as one of the main corridors of Downtown Lubbock, there’s a portion of the plan that relocates the Citibus station. The master plan states that the Citibus location at Broadway and Buddy Holly Avenue is renovated and changed into a food hall or indoor food market with sitting areas and a park surrounding it.

When you drive Downtown, you might see a few buildings that appear vacant. With a new ordinance in place, even if a building is empty, the owner must still maintain upkeep by removing debris, painting over graffiti, and barricading doors and windows.

The City Council didn’t formally adopt this plan during the meeting. Mayor Dan Pope is adamant that simply because there’s a proposed change outlined in the plan, doesn’t mean that change will absolutely happen. The city officials will do everything in their power to make smart financial decisions about what’s best for Downtown Lubbock and the people who call the Hub City home.

Which of these changes would you like to see in the next few years? And what other ways do you want to see Downtown Lubbock grow?

Learn more about the additional proposed changes laid out in the master plan by visiting the City of Lubbock’s website.