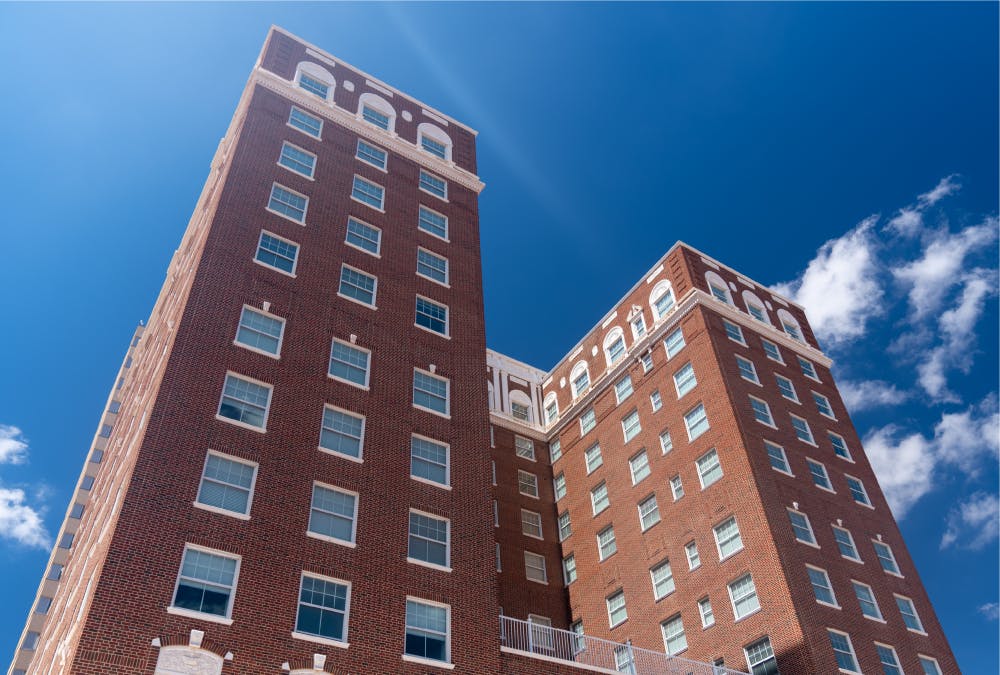 An 11-story building between Main Street and Broadway on Avenue K pays homage to the beautiful Renaissance revival architectural landscape of the Roaring Twenties, while also becoming a hallmark of the highs and lows that pepper West Texas’ past.

As one of the few remaining pre-World War II buildings left in all of Lubbock, the Lubbock Hotel (later renamed the Pioneer Hotel) has no shortage of history to tell within its walls. 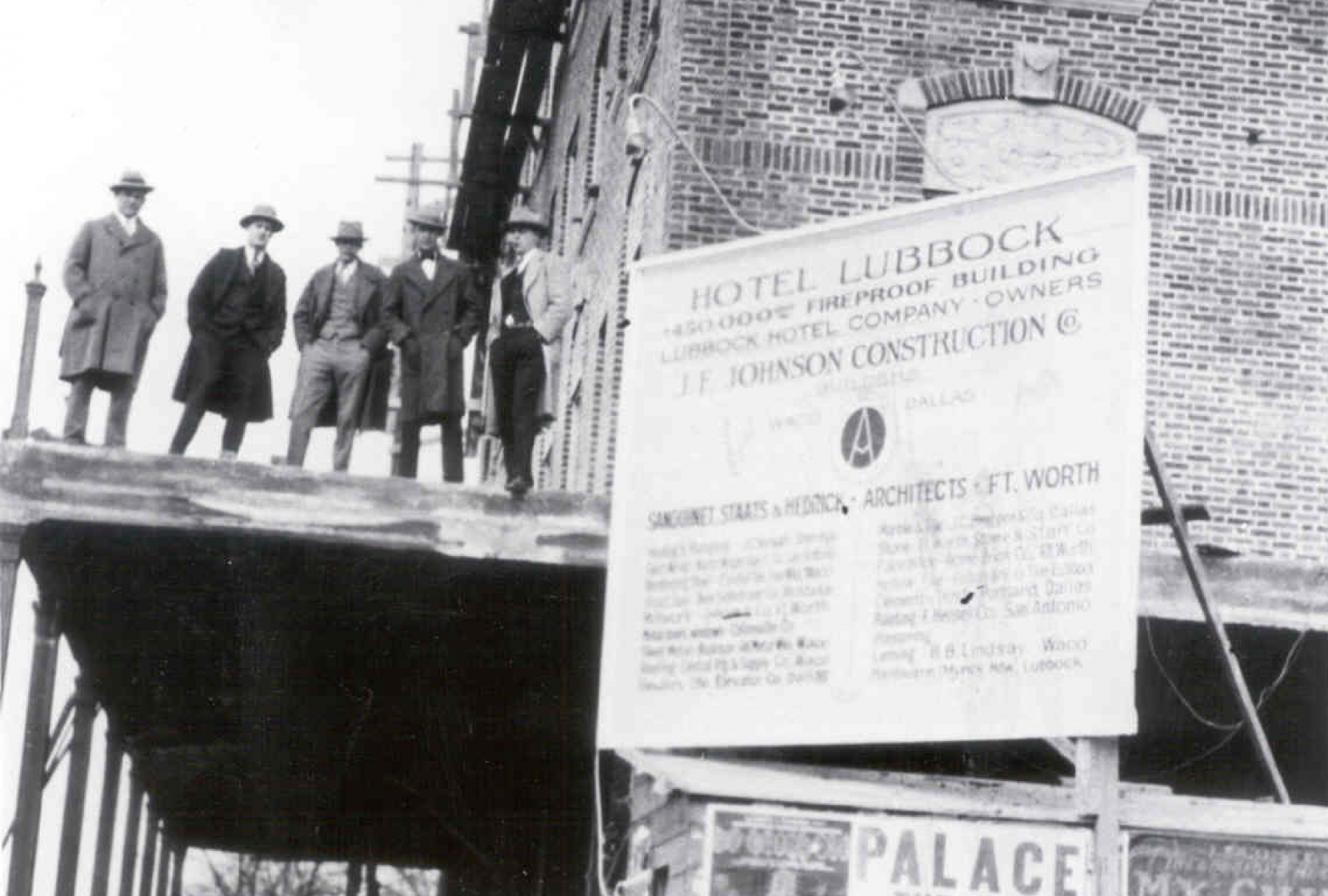 Constructed in 1926 as an answer to our country’s desire for railroads and its deep appetite for bold, westward expansion, the Lubbock Hotel was quickly lauded as one of the premier hotels in the area.

For over 30 years, the Lubbock Hotel’s grand and opulent ballroom presented itself as the place to be for the social elite, while only a stone’s throw away in the hotel’s lobby, Air Force officers from the nearby base would entertain themselves late into the night.

Although formally granted the title of “tallest building in Lubbock,” the headline was soon captured by the Metro Tower from 1955 onward. Even though the hotel experienced the loss of such a grandiose moniker, the 1950s were a time proven to be colored with further loss and sadness, and dare we say paranormal activity, through a series of haunted, mysterious events.

Legend has it that on January 16, 1958, the first of a series of haunting moments occurred within the walls of the Lubbock Hotel. On that day a tourist couple from Nebraska came to stay the night on the fourth floor, and never left. 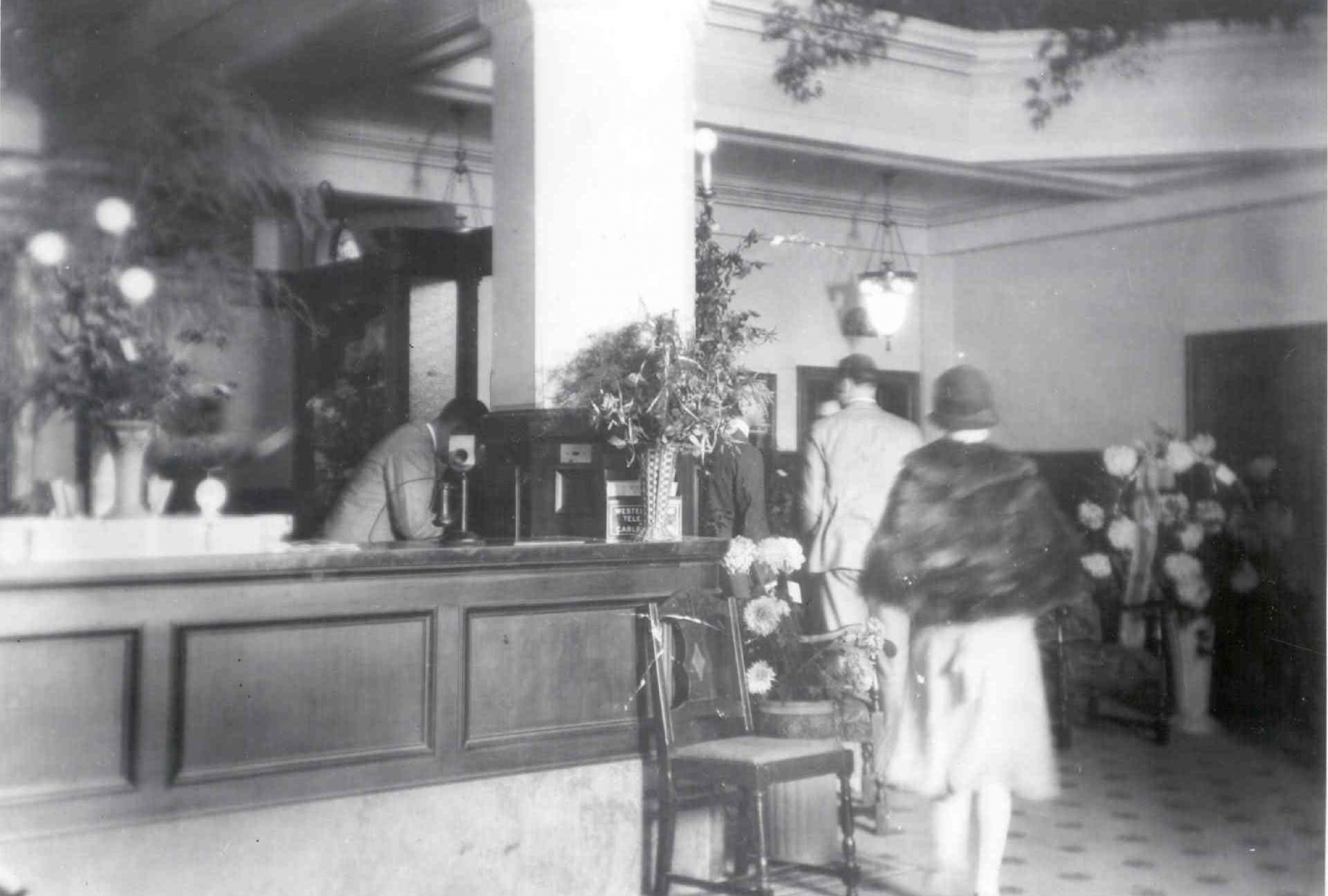 For over 10 years from that date, mysteries surrounding cases within the Lubbock Hotel appear, and remain, still yet to be solved.

Even amidst the mystery surrounding the hotel, ownership changed a few years later, in 1961, in which it was then given the name, “The Pioneer Hotel.” This shift yielded three restaurants, an Italian marble-floored lobby, and an even more luxe ballroom.

However, even the best of intentions proved no match for the economic migration occurring in Lubbock; all that glittered about the Pioneer Hotel soon lost its luster, and the structure quickly began to decline.

A short 14 years later in 1975, the Pioneer Hotel embarked upon its next iteration as a retirement home for those on fixed or low incomes. It endured for nearly two more decades under this new identity, until 1994, in which its fate was seemingly sealed and its doors were closed to the public for nearly a decade more.

After the paranormal identity of the hotel ceased to make headlines, life was breathed into the building in May 2005 when the building was purchased by McDougal Co Ltd. 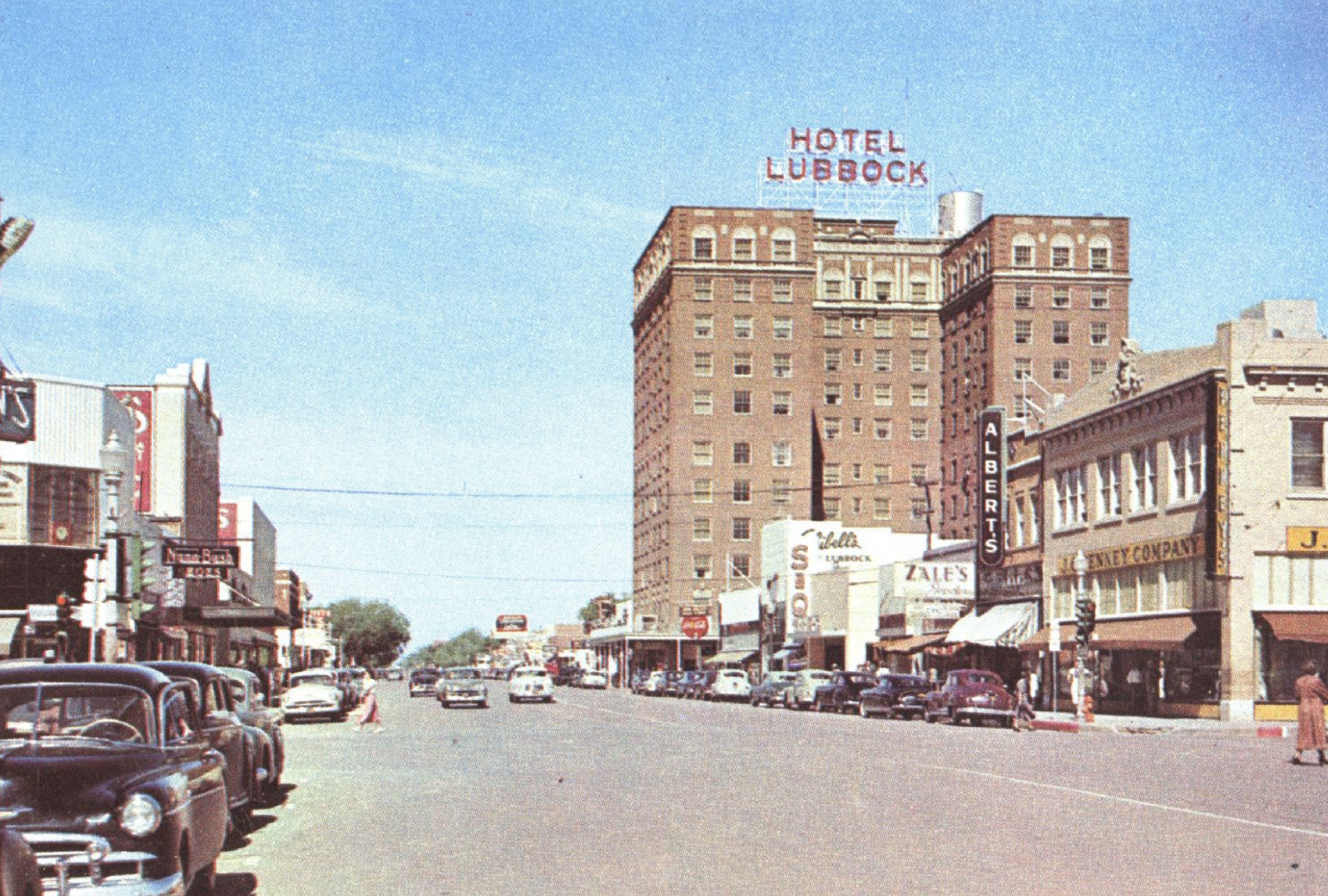 Although fully informed of its colorful past, McDougal Co Ltd saw the richness and charm embedded within the old world architecture, and made plans to renovate the property to further the revitalization of downtown Lubbock.

With an aim of reconstructing the hotel back to its vintage 1926 splendor, albeit with elevated elements, McDougal restored the interior’s ornamental artwork along with the original grand staircase, while also infusing energy-efficient glass* to allow condo residents to take in the breathtaking views of downtown Lubbock.

Now the building is home to not only the fully-automated, self-check in Pioneer Pocket Hotel, and Pioneer Condos, but also downtown Lubbock staples: The Brewery, The Coffee Shop, Sideline, and West Table, and has proven to be a timeless staple of Lubbock past, present, and future.

For a more in-depth glimpse into the Pioneer Pocket Hotel and all it has to offer, check out this feature by Aerin “AC” Carrena and Jill Jelnick of Travel and Lifestyle show, YOLO TX. 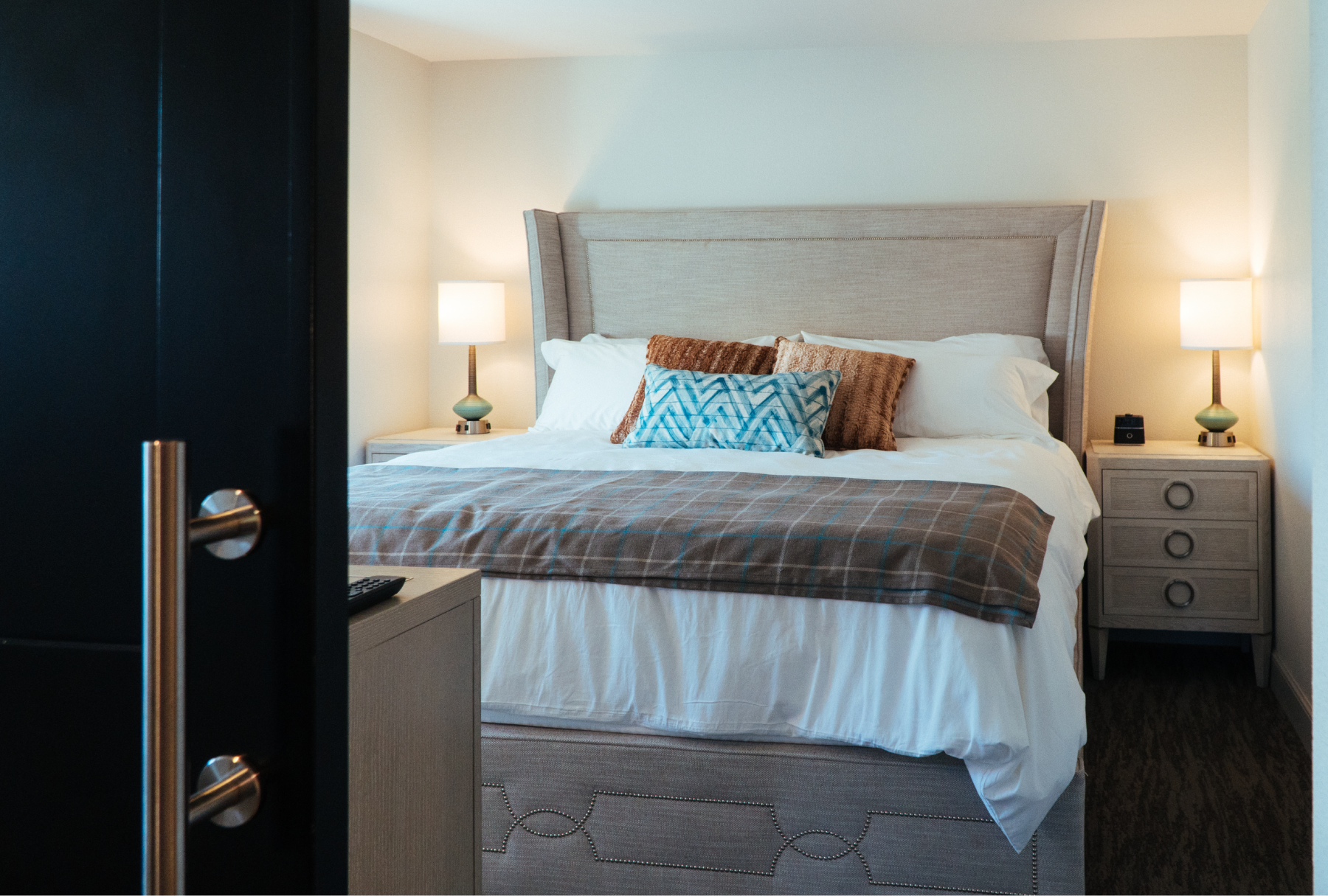 *History note: Every window within the original Pioneer building was built on-site, meaning each window is unique with its own separate specifications and measurements.